skip to main | skip to sidebar

Im back folks! Sorry for the MIA status, I've just been very busy lately. Last nights game was a complete blowout. Its actually getting sad. Gaborik has got to watch his tail with Ovechkin now tying him in goals at 26. Lundqvist must get back to his Veniza trophy worthyness as well. The whole team needs a tune up. Torts had not much to say about the poor play..lets cross our fingers that they get their heads back tonight?
Posted by BlueBloodHockey at 11:32 AM No comments:

According to Eklund, of hockeybuzz.com, so please, take this with a grain or two of salt. ;)
He says, the only option at this point would be for a trade to happen with the NY Rangers. I am somewhat tired of hearing abut Heatley and nothing happening, but if Sather can get Heatley, even if it means giving up Dubinsky, I say go for it. We could have a Stanley Cup team with 2 all-star 40-50 goal scorers in Heatley and Gaborik. [I bought a signed Gaborik NYR puck of ebay, really cool!]
The way the NY Rangers made it into the 2nd round of the Stanley Cup Playoffs 2 years ago and put up a really good fight in the first round last year, pushing the Capitals and Alexander Ovechkin to 7 games, with NO REAL SCORING [NOONE SCORED 30 GOALS] really says something about a team. Its truly impressive. I guess you could say you have Lundqvist and our young talented defense to credit for that mostly, but how much can they really carry a team?
Gaborik alone with have a huge impact on the team this year, providing he stays healthy which he should. Id still like to see Brashear the goon traded ASAP...worst move the offseason by Sather hands down. Although his other actions impressed me.
Posted by BlueBloodHockey at 8:34 AM No comments:

A user a sportsnet posted this:
"We all hope this Heatley saga will end,right? Well good news ,I just talked to my guy on the inside and he said Dubinsky is close to signing a new deal and when this happens it will trigger a deal. Apparently it breaks down as follows:
To NYR:

Heatley
Smith(will be put on waivers by NY)

The plan is to have this done by Sunday before the Canadian camp. The ball got rolling again by Heatley''s people. I am not a fan of the trade but at least there will be closure. "
http://forums.sportsnet.ca/thread.jspa?threadID=301834&tstart=0
is say do it
Posted by BlueBloodHockey at 8:28 PM No comments:

Its official-the Rangers have added veteran center Vinny Prospal. The deal is a 1 year 1.1M contract. Supposedly Dubinsky will get a shot at the #1 center position, and if it doesn't work out they are going to bring in Prospal to fill that role. Mark Messier has been brought in as the "Special Assistant" Maybe Sather will finally retire and "The Captain" will take his place? I'd love to see it happen...
Posted by BlueBloodHockey at 7:46 PM No comments:

Update On Heatley-Movement This Weekend?

So the Wild and the Rangers are really the last 2 still hot on Heatley. The Wild would need to make a trade with the Blues first, in order to create cap space. The Rangers on the other hand, just out of the Zherdev arb. just shed about $3M in cap space. They will easily send $6M back to Ottowa. Suposedly the Rangers will still have to give up Dubinsky, but it might be wise to wait and really watch Murry get desperate, then maybe they wouldnt need to give up Dubinsky, a center, which the Rangers are very short on at the moment. I still think the trade for Brad Richards would be better, based on the fact that he is a center, and an amazing playmaker, among other top qualities. If this deal really goes through [Eklund of hockeybuzz.com is saying it will] we will have another 40-50 all star goal scorer, but even one less center, and still no "set up man".
I say Brad Richards is who we want before Heatley. Then bring in the rookie defensemen, and we will be set for the new 2009-2010 season to begin, as a Stanley Cup contender.
My lines:
1st line-Cally-Richards-Gaborik
2nd line-Avery-Drury-Kotalik
3rd Line-Higgins-Anisimov[or grachev]-Lisin
4th line-Brashear[Id rather voros]-Arnason-? Blank
staal-gilroy
girardi-heikkinen
redden-sanguinetti
lundqvist&valliquete
im still hoping to see Betts back, allthough our penalty kill still should hold up ok.
For once I can honestly give Sather a B+ or an A grade for this off season, based on the signings and trades so far, and the trade rumors above. Except the Brashear signing, all I would like to ask is WHY SATHER? He's a goon, a thug, and he will do nothing for the team except maybe "protect" our players, and get suspended. Anyway, the offseason isnt over yet, so SATHER DONT SCREW IT UP!
I will post any news as soon as they happen.
PS- Just bought 2 Artem Anisimov rookie cards off eBay!
- Kevin
Posted by BlueBloodHockey at 6:59 PM No comments: 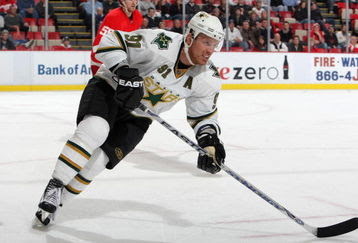 Posted by BlueBloodHockey at 8:59 PM No comments:

Trade Talks Starting To Heat Up With Heatley

This was a good article I though I'd post here.. original page here.
Posted by BlueBloodHockey at 11:22 PM No comments:

Can Gaborik Stay Consistant and Finish the Season Leading the League In Goals?